After knew that I was about move to Spain, first thing I research was what? obviously FOOD of course, while the rest of family was juggling to learn Spanish I was on deep researching what was Food culture in Spanish, while I also already knew few from some TV program I was addict to, program like Spain on the road again, Jose Andres Spanish-American chef with Made in Spain, from Spain with love host by Annie Sibonney, and there are one more program that I forgot the name of it and also the host, but it was about culinary adventure in the kitchen world best restaurant, revealing their method and their ideology, one of them was ElBulli, the legendary restaurant from Spain that introduce Molecular Gastronomy run by Ferran Adrià, which I admire him a lot and his daughter, Personally I am not interesting on Molecular cuisine, but who know in the future. Right now my passion is still on rustic traditional recipe and slightly vegan digger. 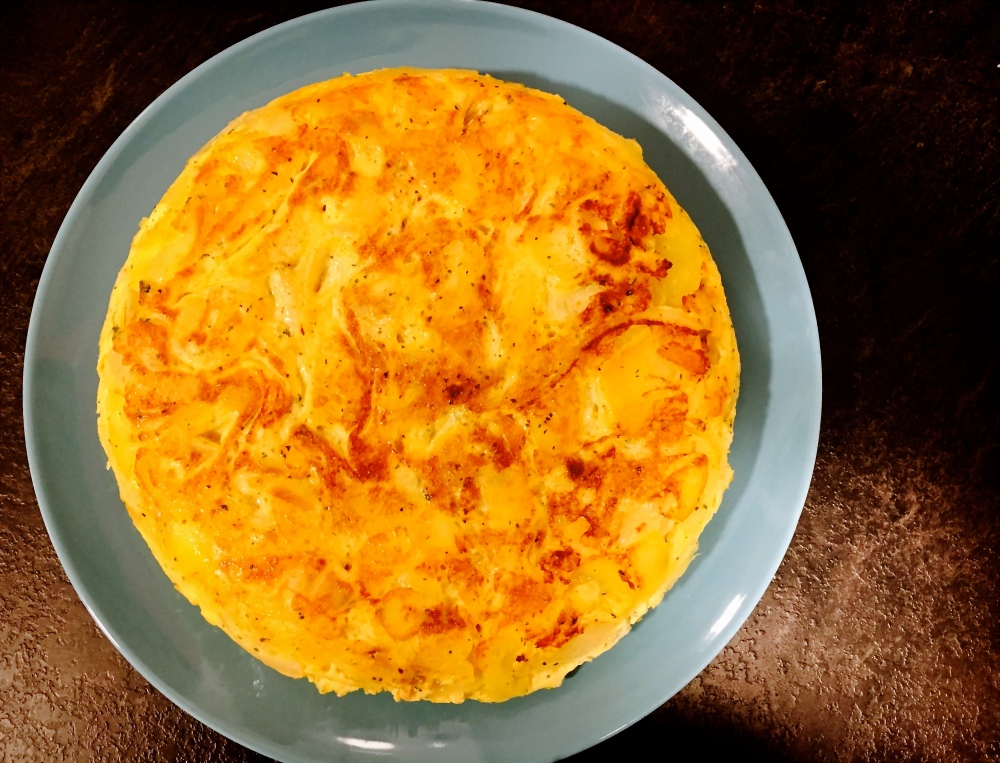 Back to this recipe, I was tried several recipe for this dishes back home but always end up disaster, turn mess everywhere, until end up okay might be I’ll give it a rest haha. Until then I finally move here, and having some conversation with my dearly friend. She gave me this generic recipe in Spanish *previously the recipe I tried was adapted, and finally I gave it another tried, and woooww how it turn out beautifully. Even still everything is base on my preference, specifically I love everything that have an egg in it haha, so to be ever make this recipe correctly is satisfied me. To conquer difficult recipe is always bring me such thrilled and adrenaline rush, Like how finally I can make some French Macaron correctly haha. Even I can’t say that this recipe is difficult.

And all you need are